V.Smile Motion was a predecessor to the V.Smile released 2008-12 (see proper date), and was discontinued in 2012 (again, check this year). It is more of a revision of the V.Smile, adding a new feature of Wireless controllers with motion controls, and as such is fully compatible with original V.Smile games, and motion ones, even having some games re-released on the V.Smile Motion such as Winnie The Pooh, and Soccer/Football Challenge.

To add, maybe as a table?

Not nearly as much as the original V.Smile, but it did have a few.

This is the table for games released on both the V.Smile, and Motion as separate releases. To see these go to the article for the V.Smile. 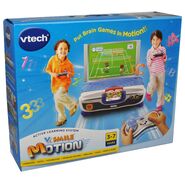 The front of the console box 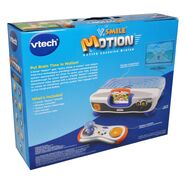 The back of the console box 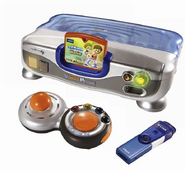 The pre-release version of the console, with an early label for Action Mania 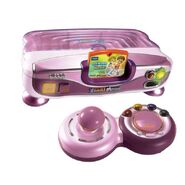 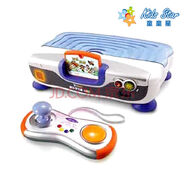 The Chinese release of the console 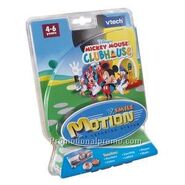 An example of a pre-release game box

An example of the console's cartridge

Below are a few ads for this console.

Chinese site text. Not sure if this is official 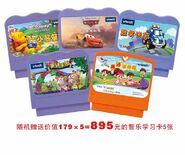