What's on your mind?

I am currently reverse-engineering the german "Genius Leader 8008 CX" laptop. As with all models of that "CX" range, it is equipped with a non-standard serial port to connect the "MagiCam" digital camera and the "E-Mail-Set" modem, which works great :-) 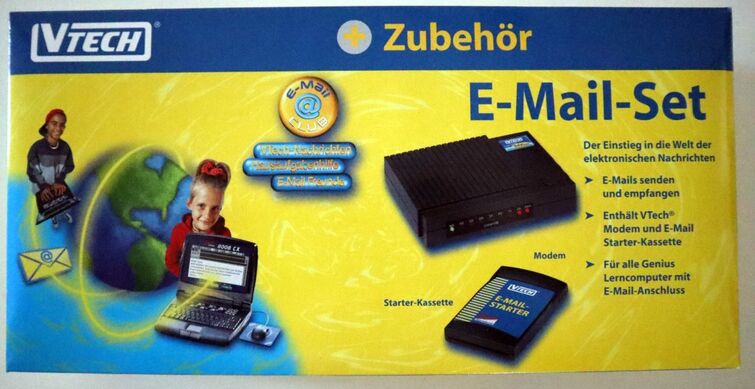 VTech also sold a bespoke version of the sync software, called "PC-Link PLUS", which allowed file transfers between a Windows computer and the laptop (CX models store everything in their "VTFS" file system, so everything is a file). It is a completely separate and incompatible piece of software than the regular "PC-Link" or the later "IQ Link" program.

I fear the "PC-Link PLUS" software might be lost forever, since no one seems to have bought the accessory back in the days, so there is nothing on eBay. I even wrote to VTech directly, but they just answered with their default "no longer supported" and/or "our license for distributing the software expired" reply. Bummer. I even started disassembling the protocol ROM, but it has several nested state machines which are really hard to reverse-engineer.

So, my call to action…

Does anyone of you happen to have that software sitting around somewhere? Please contact me if you do!

Quoted from there latest product announcement. Only baby monitors.

Products in this announcement are listed below.

Found in the official annual report booklet from 2004 is this image of a catalog. Anyone know where this can be found? Don't know if this was only given internally or was available to the public.

The report booklet. Image below found on pg, 14 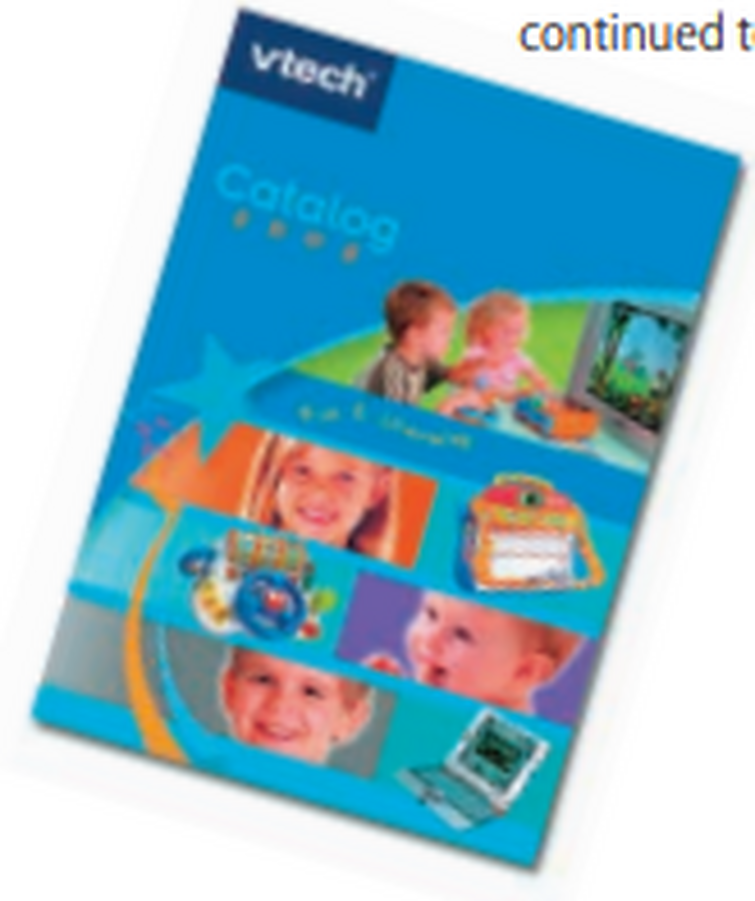 Someone on the World of Hacking Discord server shared a two part Zayzoo animation they have found. I'm still not sure if it's official or not, but the models of Zayzoo and the two generic kids looks pretty accurate to the original renders.

You can view this below! If anyone has more info on this let me know since this feels elusive.

Made a tutorial for those who want to emulate the V.Smile on your computer. https://docs.google.com/document/d/1H8omI1aElZt9uiXsnGs4oseBgXre-Pjn2km1kDdvxw4/edit?usp=sharing

How To Play Games With Mame (V.Smile)Google Docs

I am a big help here!

French alphabert! Yellow and has a different name! I suspect this is the French version of reading fun. Another rare alphabert variant

Alphabert The Ready to Read Robot

This laptop has a Mac-OS style window with the LCD screen in the middle.

Starting up the computer, you can press the game number on the screen, which the list of games are printed around the LCD screen.

These are the features I know it has: (these are just placeholder names to give you an idea of what the computer has)

Slot Machines (If you get three of the same thing, you get it wrong and NARRATOR SAYS "let me help", but he doesn't)

Unknown Game 1 (this game, you enter today's date, and your birthdate, and after that, it shoes a certain number of smiley faces and hearts (or cakes?))

5 In a Row (NARRATOR SAYS "Place 5 circle in a row, horizontally, vertically or diagonally. A Connect 4 clone)

Unknown Game 3 (You press the number keys for a number of tunes to play. Two animations can occur when playing these tunes, either a boy playing a piano, or a girl sleeping on a piano)

Unknown Game 4 (Press a key on a keyboard to learn it's letter and it's word.)

Any idea what the model is?

Any articles with the id 91-002320 will have that portion removed, with the only exception being the trivia section of VTech company article. Another issue I'm noticing is many different users of different ips making article edits with the same exact style of grammar. One being a section that is titled "MANUFACTURING", then the text being "The Released of [date]". Don't do this, it's clearly copied from a badly written article. Another thing, use infoboxes when applicable. Pretty much everything has an infobox so there's no excuse.

I Made this in Adobe Flash and its basically a high-res version of the pre-release V.Smile logo with a different V.Pal/Jumper & Yellow text

Note: This is obviously fake and should not be put onto sites like Logopedia.

Currently I've started working on the V.Smile Art Studio remake made in Game Maker:Studio, This project is on hold until I get a copy of the original game, then I can get the original sound clips since the game has an option to disable the music.

This project isn't really dead, just on hold until we find a programmer for it.

All of these textures were remade by me, and were my only contributions to the project.

I too am I fan